I have painted the first of my Copplestone Castings Ngoni. They took longer to paint than Azande warriors but that is becuase their costume is more elaborate. They look very splendid, though, and I have got another five on the go. The shields, in particular took ages! 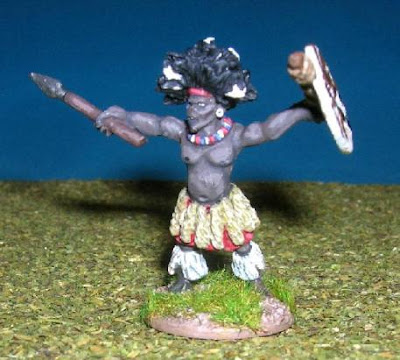 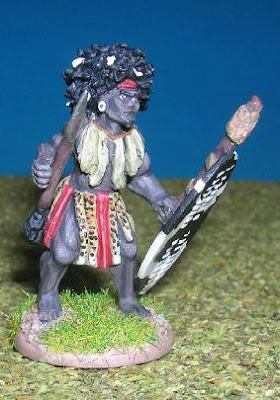 The shields are the only things I would take issue with as regards accuracy. The figures themselves are very accurate but the shields are modelled as flat. The Ngoni's Zulu-style shields were made from animal hide with a pole threaded into the back to give them rigidity. 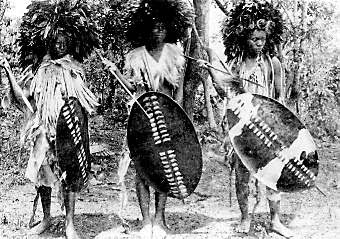 Most of the pictures I have seen of them show them as slightly convex with the edge turned up slightly. The Copplestone shields are too thick to bend but I guess it doesn't matter too much as the size and profile is spot on. 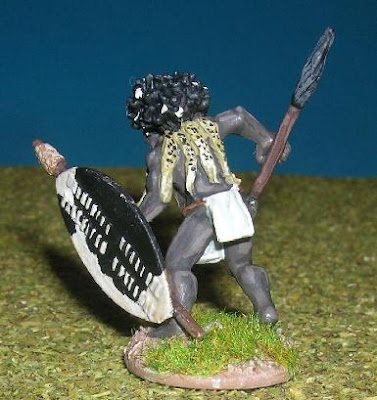 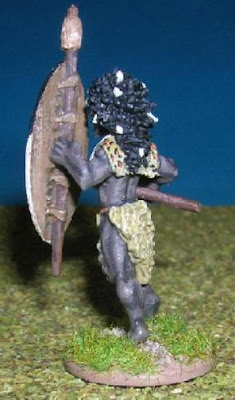 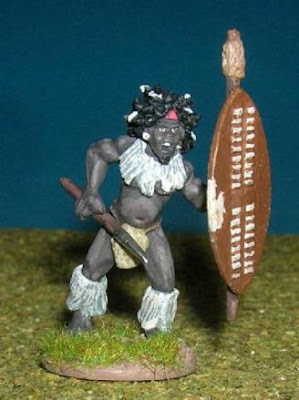 Posted by legatus hedlius at 07:12 No comments: 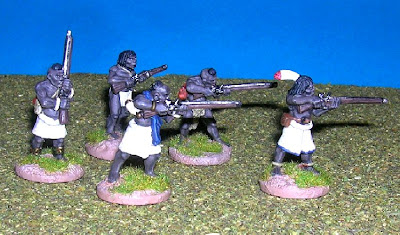 I started a bunch of Ruga-Ruga some years ago but never finished them. I've decided to build a force for the warlord, Mirambo, so I will need a mix of Ngoni, Watuta and Ruga-Ruga. I opened a new pot of varnish for these and, as often with Humbrol varnish, the first coat was very shiny. I tried two more coats but it stayed shiny so I went for another tim which was much better. If there is one thing I hate it's shiny figures! 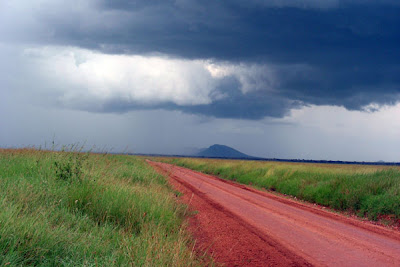 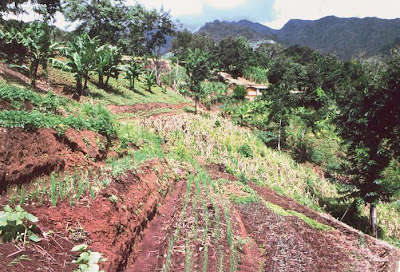 The bases are pinker than I usually do for hot climate figures because, as Sir Richard Burton said, "Africa is a red land". Actually I looked up some pictures of Tanzania and tried to paint the bases that colour but they looked far too red!
Posted by legatus hedlius at 20:31 1 comment: 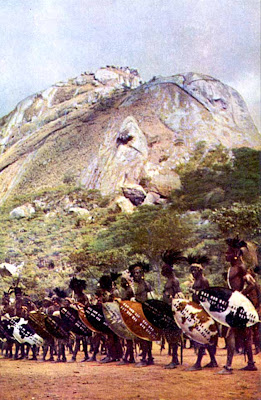 For some reason I have a sudden urge to paint some more African tribesmen and although I should be doing some more Azande, to finally finish off my army, I have a couple of packs of Copplestone Castings Ngoni in the lead pile. So I cleaned them and based them this week and hope to get some done over the next few weeks.


The picture above is from a 1958 postcard showing some Ngoni in their traditional cocksfeather headdresses. It's a good colour reference for the shields too.
Posted by legatus hedlius at 09:47 No comments: