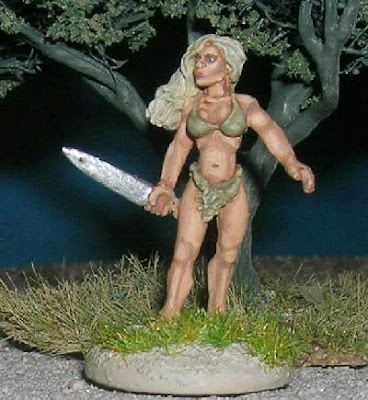 Here is the Foundry Jane figure by Mark Copplestone. I finished her today having started her years ago but then had a failure of nerve over painting all that skin! I'm not sure whethere she should be in this blog or my Pulp one but as her fame is so closely linked to the Dark Continent I have put her here. 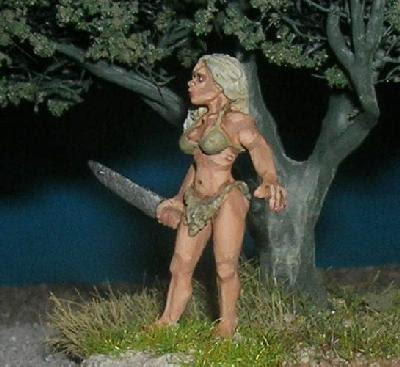 Jane Porter was the daughter of Professor Archimedes Q Porter and was stranded on the West African coast in 1912. Rather in the reverse of the situation regarding Henry Morton Stanley she is often believed to be British but was, in fact, an American, hailing from Baltimore, Maryland. Saved from the perils of the jungle by Lord Greystoke she returned home to become the fiancee of William Cecil Clayton. Back in Africa in the lost city of Opar Jane, appalled by Clayton's cowardice, renounced him and declared her love for Lord Greystoke. 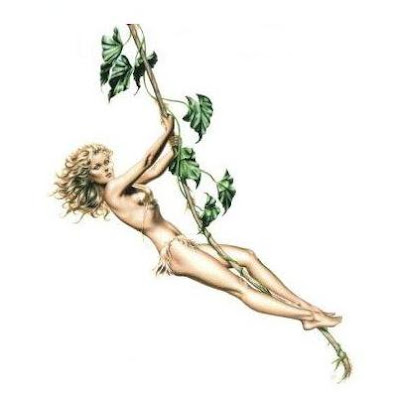 Greystoke and Porter had many more adventures in the jungle and indeed, elsewhere. They married (although there must like, the Bakers, be suspicions about the nature of their relationship before this; especially given her immodest garb) and had a son Korak.
Posted by legatus hedlius at 21:46 3 comments: