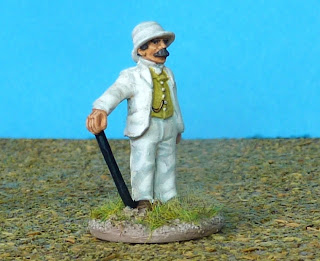 I have very little time to paint at present and the light isn't very good anyway but I have managed to finish three more characters for the Zambezi capaign.  First up we have Commissioner Sanders Wallace.  Responsible for keeping the peace on the whole Upper Zambezi he has no compunction about calling in a heavy military response if the natives start getting uppity.  He is getting concerned about  Arab slavers upriver; especially as they appear to be in posession of some artillery which is having a very de-stabilising effect on the region.  He doesn't figure in the Gary Chalk scenarios but I liked the figure and am just reading Edgar Wallace's Sanders of the River which is a masterclass in conveying character and plot in the most economical and spare way possible. 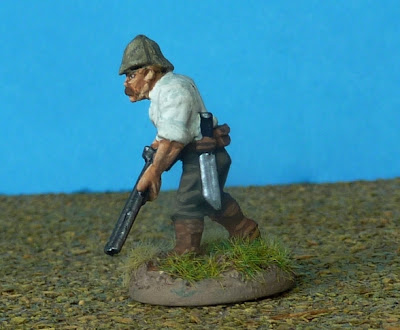 Sean Sweeney is one of Trader Jones' "clerks" and is very much the hired muscle of the trading post.  When he's not drunk on Bushmills Whiskey he is a crack shot.  He features in the Trading Post scenario. 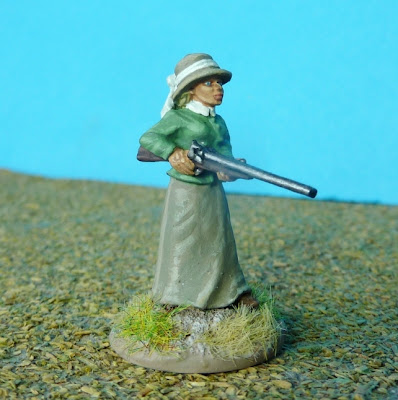 Finally, we have the French reporter Amelie Croissant's younger sister Veronique who has always been at the centre of whatever trouble is happening.  Amelie has told her to stay behind at the military post but hasn't counted upon her skill as a stowaway.