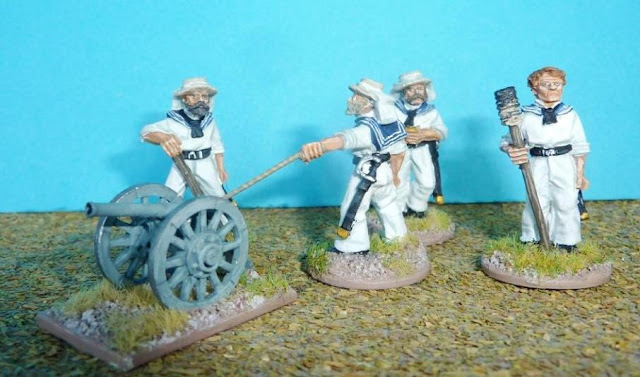 So here is the last fighting unit of the British force: the Naval Brigade Gun and Crew.  It's taken me some time to work out how to handle this and it is something of a compromise solution but I must be getting old as I don't care about total historical accuracy so much, now.  After all, this campaign will have some definitely non-historical elements! 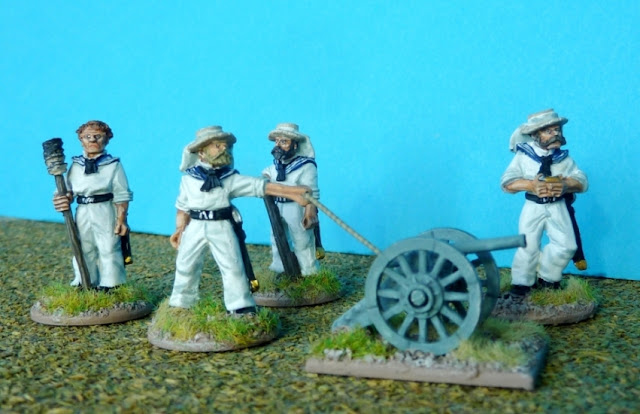 The crew are Mutineer Miniatures Indian Mutiny figures so they are from around forty years too early.  The basic uniform didn't change that much, other than the fact that the later troops would have worn gaiters but as the trousers are the same bell-bottoms maybe they just left their gaiters on board!  These chaps also have a collar, rather than the round collared shirt, but you can barely see that.  The main thing for me was that the size and bulk of the figures are very close to the Copplestone Naval Brigade infantry.  Foundry, for example, had a Zulu Wars period gun crew but they would have been very small in comparison, so I am happier with these. 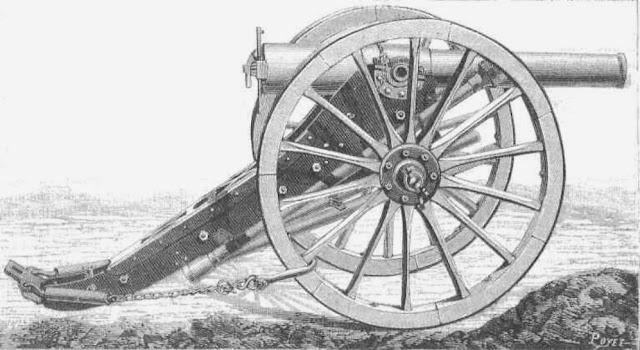 The gun is also a compromise as it is a French 80mm De Bange (yes, really!) mountain gun, first produced in 1885, so fine for the period.   Our argument here is that either the Royal Navy won it in a game of cards from sailors from a visiting French warship or captured it off a group of slavers.  Whatever, this Askari Miniatures model comes in a pack of two, enabling me to set one up on a mule train, as they were carried in real life. 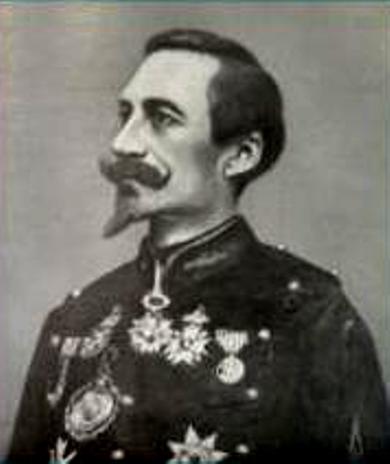 The De Bange 80mm mountain gun was one of a series of French artillery pieces designed by Charles Ragon de Bange (1833-1914).  De Bange's claim to fame is that he invented the first effective breech obturator which provided an absolute seal for artillery breech mechanisms for the first time: a system still in use today. The only disadvantage with his guns, as with previous artillery, was that the recoil meant that they had to be re-aimed after every shot, something that wasn't solved until the French 75 in 1898.  Still, this breach loading piece of ordnance, which could fire six kilo explosive shells or shrapnel, would be very effective against slaver compounds.  Firing shells it had a maximum range of 4,300  metres.  It was manufactured by the Societé anonyme des anciens établissements Cail, originally set up by the French engineer Jean-François Cail in 1836.

All the examples I have seen pictures of have an all-over paint finish so I have done mine the same way using a British artillery grey.
Posted by legatus hedlius at 20:58

Nicely done Sir! I've got some Mutineer Miniatures sitting on the paint queue which I really must get around to starting, especially now seeing the fine job you've done on these.

They are really easy to paint. I have a dozen or so on the workbench about half completed which I really need to move along!

Nice job, I like the stripe detail you have managed.

Nice work, sir. I love the idea of a cannon invented by a chap name o' de Bange! =)

Very nice work on these guys.