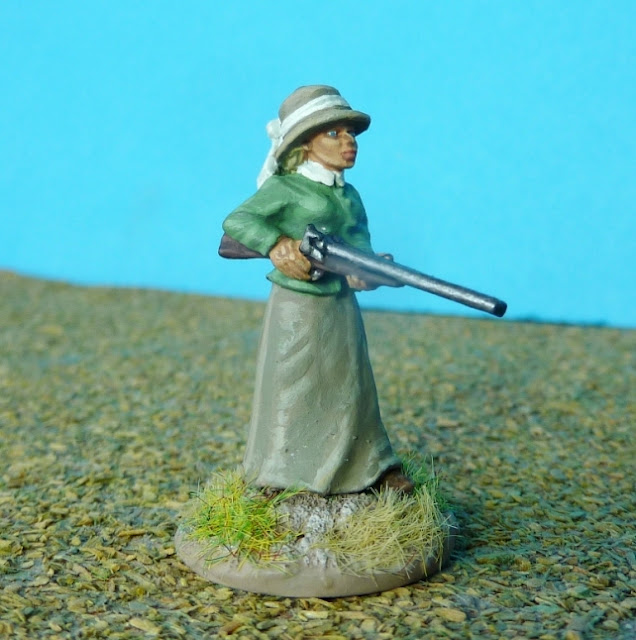 Ogilvie VC was postulating, in a comment on my last post, on what sort of gun Veronique Croissant was carrying and suggested a Purdey.  In fact, she is carrying a Joseph Lang 6-bore percussion elephant gun. 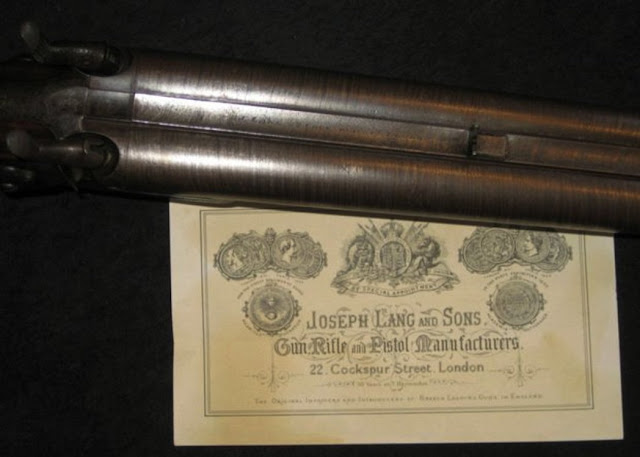 Hampshire-born Lang was originally a gun seller before moving into gun manufacture.  He was a contemporary of James Purdey, whose guns he sold, and married one of Purdey's daughters.  An excellent competition shot and innovator he exhibited his guns at the Great Exhibition in Crystal Palace in 1851 and then in 1855 at the Paris Exposition Universelle.  Veronique's father, Victor, was one of the more than 5 million people who attended the exhibition in Paris and it was here that he first saw Lang's guns.  He bought this weapon on a visit to Lang's Cockspur Street premises on a trip to London in 1857 ready for the South African safari he was planning the following year.

Ever since she was  a little girl Veronique had a passion for rowing on the River Sâone near the family home in Lyon.  As a result she built up very unladylike upper body strength so that she was the only one of the Croissant sisters able to use the gun.  Her father, therefore, had no problem with lending it to her when she declared that she was travelling to Africa with her older sister, the intrepid reporter, Amelie.
Posted by legatus hedlius at 17:18 3 comments: