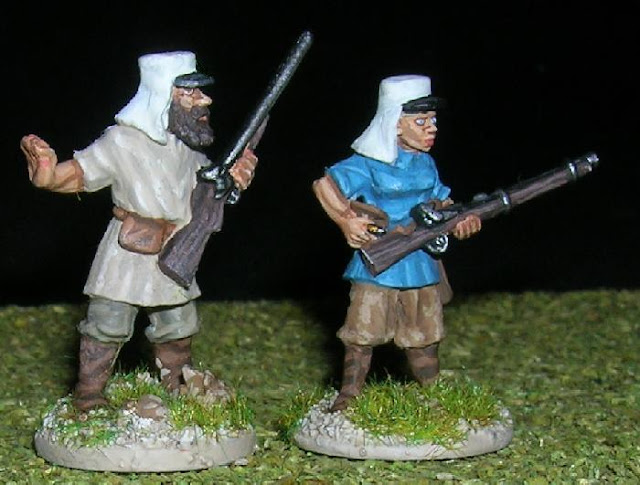 Sir Samuel Baker was one of the most active of African explorers in the 19th century and travelled everywhere with his “wife” Florence. He was one of those captivated by the race to find the source of the Nile, which was eventually discovered by his friend John Hanning Speke who trekked inland from Zanzibar. Baker took the more conventional, but no less arduous, route of following the river from Egypt. 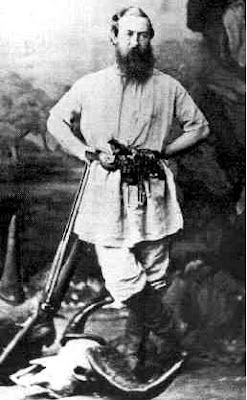 Born in 1821 in Enfield, Middlesex, Baker came from a well-off family who had made their money from sugar plantations. He had three sisters and three brothers, including younger brother Valentine who commanded the Egyptian forces at the disastrous first battle of First El Teb in the Sudan in 1884.

He married a conventional wife, a vicar's daughter, and dragged her off to Ceylon for eight years where he successfully bred cattle and embarked on many of his characteristic hunting forays into the wilderness, publishing a number of books including the splendidly named The Rifle and the Hound in Ceylon. His wife was obviously not so robust and died in 1855 shortly after they returned to England. Not sure of what to do with his life he accompanied the Maharajah Duleep Singh, last crowned ruller of the Punjab, on a hunting trip to Central Europe. 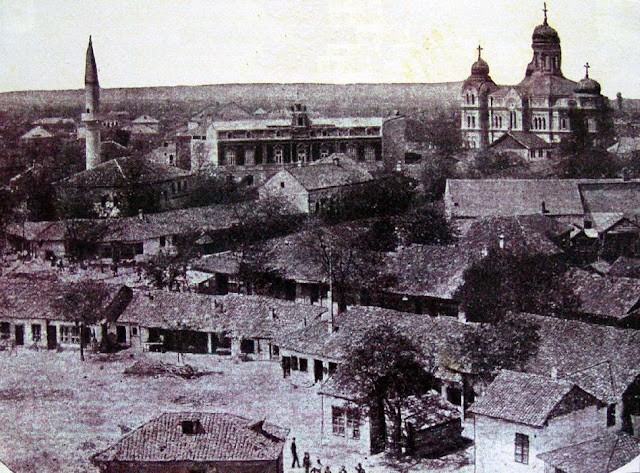 
Their boat was holed on an ice floe in the Danube and they had to stop off in Vidin, in what is now Bulgaria but was then part of the Ottoman Empire, for repairs. 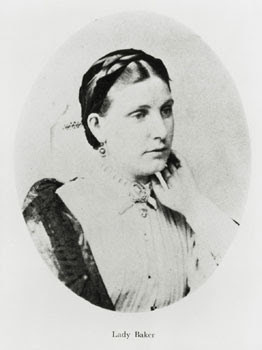 Whilst there he attended an Ottoman slave auction and saw on the block a beautiful teenage Transylvanian girl, Barbara Maria Szász, who had been orphaned in the Hungarian uprising and brought up in a harem where she had been given the name Florenz. Despite having being bought by the local pasha, Baker stole her away and the couple fled back to the Austro-Hungarian Empire in a coach. She was about fourteen years old at the time. He was thirty eight.

They lived in Central Europe for a while but all the time Baker was reading of the escapades of his friend Speke and his quest to find the source of the Nile and developed a great yearning to go to Africa.. 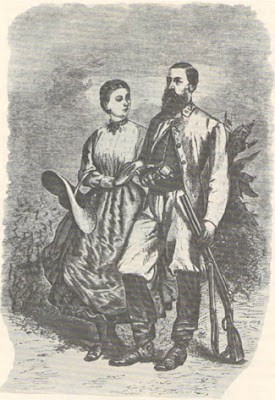 In 1861 he traveled to Cairo with Florence, as she was now known, who he called his wife (although they were certainly not married at this stage). He explored and hunted in the Sudan and Abyssinia to acclimatize to the continent before setting off from Khartoum, still accompanied by Florence, for a journey up the Nile. Whilst Burton, Speke and Grant all took the conventional route from Zanzibar into the interior of Africa, Baker decided to follow the river Nile itself. This was no less arduous and involved having to cross the great marshy area of the Sudd.

He was ably assisted by Florence who spoke fluent Arabic (a well as Hungarian, German) which she had learned in the harem. They met Speke returning from Lake Victoria, in 1863, which he had rightly identified as the source of the Nile, although his inability to conclusively prove it haunted him and he died shortly afterwards either from a hunting accident or suicide.

The Bakers continued exploring in the lake regions of Africa and went on to discover and name Murchison Falls and Lake Albert despite usually having a far smaller accompanying party than other expeditions.

Returning to the UK after four years in Africa he was awarded the Royal Geographical Society's gold medal and got married to Florence in 1865. 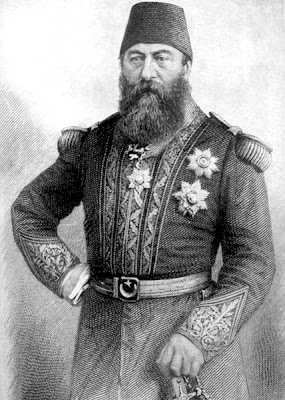 In 1869 he led a military expedition (with Florence) to fight slavers in Equatorial Africa, having been made Major General and Governor of Equatoria by the Viceroy of Egypt with a salary of a staggering £10,000 per annum. They fought the slavers, including a pitched battle in Masindi, for three years. 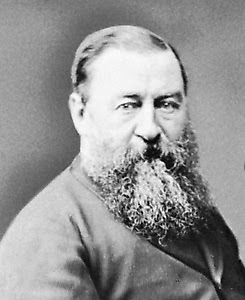 The Bakers returned to Britain in 1874 and bought an estate in Devon. He continued to travel and write books until his death in 1893. Florence outlived Baker by 23 years and in later life was looked after by her step daughters, one of whom was only six years her senior.

Baker has never been as well regarded or famous as his contemporaries Burton, Livingstone, Speke or Stanley. Although he was knighted in 1866 there was always rumour and innuendo about his relationship with his wife and her unconventional origins. Although she had been only fourteen when she first started living with Baker this in itself would not have counted for much; the age of consent in Victorian England was 12, although no lady would be generally acceptable until she came out into society at 17. Although Sir Samuel and Lady Baker were personally charming enough to conquer most of Victorian society the Queen refused to receive Florence at Court as she believed Baker had been "intimate with his wife before marriage", as indeed he had.

These days Baker is vilified because of his attitude towards the Africans and Arabs he met during his travels and is now considered a racist. Unlike Burton, Speke or Livingstone, Baker detested most of the Africans that he met; although to be fair, reading his book In the Heart of Africa, he does seem to have met up with the most despicable, untrustworthy, traitorous and ghastly people on his travels. The figures are both from the Foundry Darkest Africa range. Although many pictures of Florence in Africa show her in a conventional Victorian lady’s dress and wide brimmed hat she did, when away from western company, indeed dress in an outfit almost identical to the one her husband had designed for himself. The Foundry figure reflects this and looks like the self portraits that Baker did of himself in his exploring clothes. No pictures exist of Florence in her equivalent outfit but Baker was very careful in his writings and pictures to portray Florence as a conventional Vicyorian woman. This she most avowedly was not, riding astride a horse in trousers, for example, when ladies rode side-saddle. So it is quite likely that the pictures he drew of her were not reflecting what she actually wore but what society would expect her to wear. As Baker seemed to often portray her in a blue dress (perhaps it set off her hair, she was a blonde – a source of constant amazement to the Africans) I have chosen to interpret this as her wearing a blue version of Baker's more conventionally coloured attire.
Posted by legatus hedlius at 21:56

Or, perhaps they all seemed despicable to him. His family did own a sugar plantation after all...

But interesting post. I think I'll bookmark your blog for future reference.

Can we use one of the pics on this page (Sam Baker, http://4.bp.blogspot.com/_UqsRf118B2I/Rqpj3uwtchI/AAAAAAAAAsM/Qn2iN3snqsE/s400/Samuel_Baker_10.jpg

in our non-commercial booklet we are producing to promote tourism in Northern Uganda.

Could you please let us know what is the source of this photo and/or grant us kindly permission to use it if the photo is yours ?

It's not my photo but it should be in the public domain and not subject to copyright as the picture is more than 100 years old.

Actually you can read all about SIR SAMUEL and LADY FLORENCE BAKER in a recent book called TO THE HEART OF THE NILE...and he was not a racist...he lead a small army into parts of africa to end slavery...blacks slaves were generally sold to arabs by other blacks from different tribes..thats what BAKER hated

I've read To the Heart of the Nile which is an enjoyable but fictionalised account of the Bakers' life to a certain extent.

I agree with your comments and am a Baker supporter but others are not so generous towards him.